Posted by Joe Corrao 4 Eyed Animation at 9:01 AM No comments: 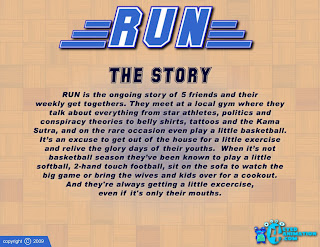 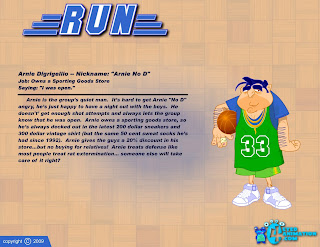 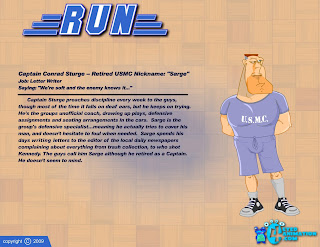 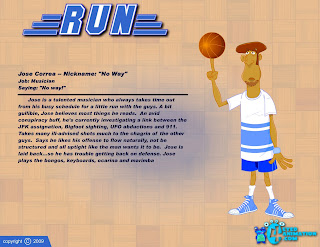 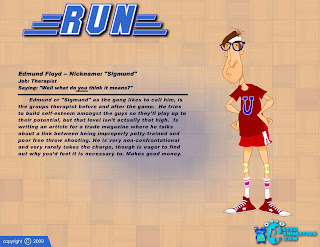 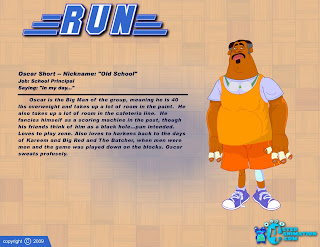 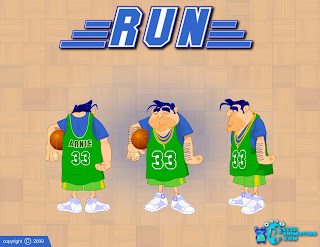 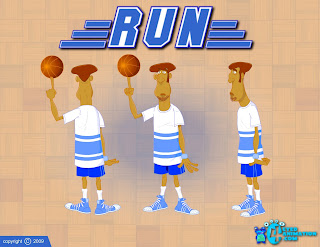 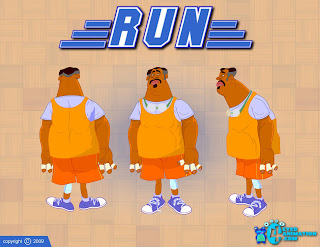 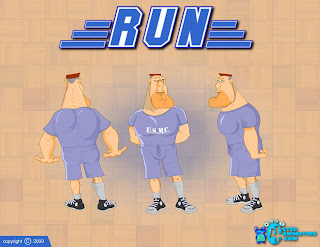 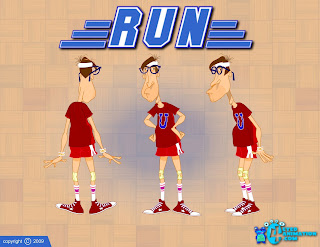 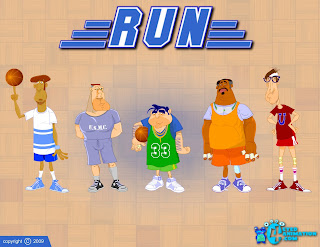 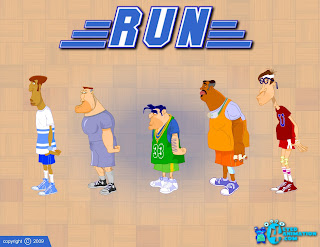 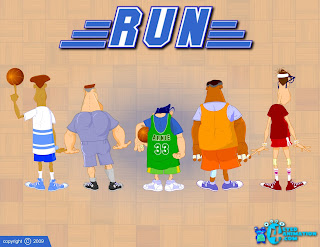 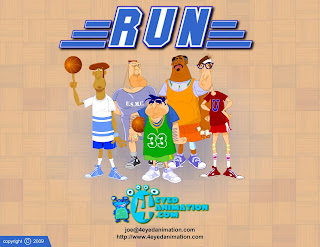 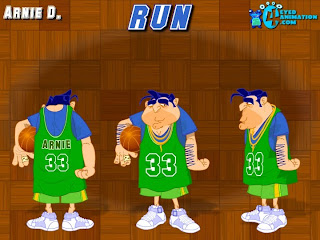 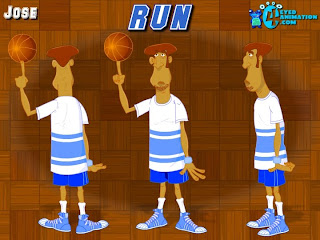 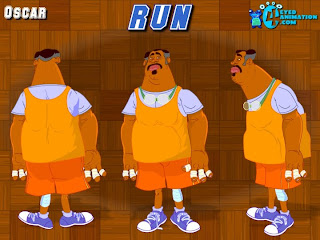 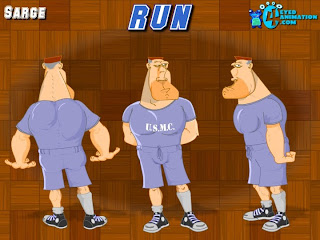 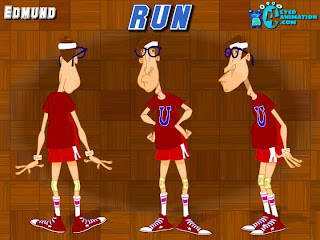 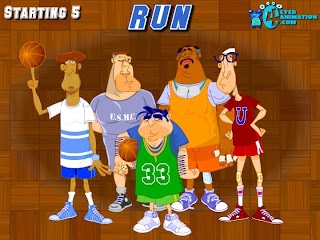 Here are some turn arounds for the RUN characters...I may make more changes to them as I figure schtuff out...stay tuned.
Posted by Joe Corrao 4 Eyed Animation at 7:23 AM No comments: 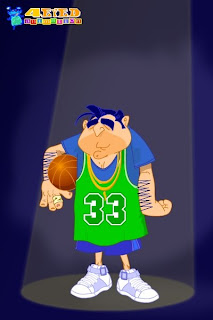 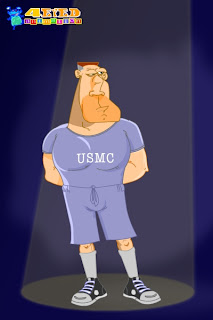 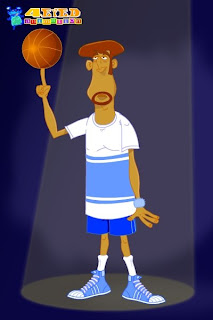 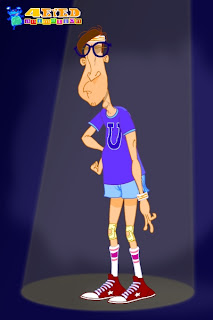 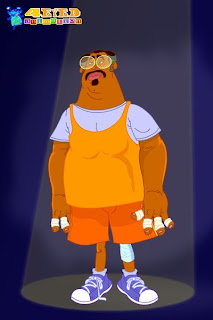 Oscar is the Big Man of the group, meaning he is 40 lbs overweight and takes up a lot of room in the paint. He also takes up a lot of room in the cafeteria line. He fancies himself as a scoring machine in the post, though his friends think of him as a black hole…pun intended. Loves to play zone. Also loves to harken back to the days of Kareem and Big Red and The Butcher, when men were men and the game was played down on the blocks. Oscar sweats profusely.
Posted by Joe Corrao 4 Eyed Animation at 12:14 PM No comments: